http://www.akbeardclub.com/resultsworldbear.html. I should have been there. WBMC 2011 here I come! Other coverage:

Email ThisBlogThis!Share to TwitterShare to FacebookShare to Pinterest
Labels: WBMC 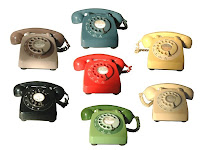 I read an article in the newspaper about the slow death of landline phones. According to a CDC study released Wednesday, about 20% of US households use only mobile phones. Our household is one of them. For the first time, the number of US households opting for only mobile phones outnumbers those that just have traditional landlines, 17%, in a high tech shift accelerated by the recession. That ratio has changed starkly in recent years: In the first six months of 2003, just 3% of households were wireless only, while 43% stuck to landlines. Fifteen percent of households have both landlines and mobile phones, but rarely take calls on the landlines. Seems like a big waste of money. Our household hasn't had a landline since 2002. I know two people that don't have a mobile phone. It seems like an outdated way to live, but who am I to judge?
Posted by groovesocket at 5/10/2009 04:23:00 PM No comments:

My beard has been officially registered on the National Beard Registry. The National Beard Registry has been established to encourage men in all walks of life, from every continent, to resist conformity, corporate culture, and androgyny by embracing the beautiful, unique and utterly personal habit of growing a full beard. If pictures weren't enough, now my beard is official. #7043.
Posted by groovesocket at 5/10/2009 02:21:00 PM No comments: Mr Orange
Originally uploaded by chronic-shock
Coordinating my shades with my shirt. That's how I roll. Check out the "new" beard. Goes with the outfit.
Posted by groovesocket at 5/04/2009 09:53:00 PM No comments: