Here is the latest from Beard Team USA.

I am still waiting for confirmation of a few important details before I can announce the firm date and location of the first ever Beard Team USA Nationals. I should have confirmation in the next few days.

Meanwhile here is a hint. BEer. The community that has been selected has one brewery for every 11,500 residents. This may be the highest brewery-to-resident ratio in the known universe. I am hoping to hold the Official Beard Team USA Somewhat Annual General Meeting as a progressive meeting, starting at one brewery and then progressing through each brewery in town. Stay tuned.[Spoiler alert: the city with the most breweries is Portland, OR - editor]

Wanna be in the movies?

This summer Epic New Era Productions will be filming a film about beards. Epic needs beards to be in the pic. For more info, contact the Producer -- Joshua Trujillo, josh@eneflix.com, 218-839-9242.

All members of Beard Team USA are entitled to a 15% discount at any Red Roof Inn in the country! Just click here to book:

Thanks to John Murray, National Account Executive for this generous offer!


Part 4 of my love/hate relationship with technology series "Rage Against The Machine" is about the motherboard of my home theatre computer, a.k.a. HTPC. The computer started acting funny. It would lock up and not start up. I even got a few BSoDs and a WSoD, which I didn't know existed. I did some research and determined it was a hardware issue. I've successfully diagnosed and fixed software issues, but this was my first foray into hardware errors. I know it's hard to believe but I've never had a computer crash on me before. Knock on wood. I probably could have fixed it myself, but this is our entertainment system and I didn't want to screw it up permanently. I took it to my local computer repair shop and got the motherboard replaced. Total repair cost was $360. I'm embarrassed by that price. I could have saved myself some money by doing it myself. There's always next time.

The computer repair dude said that he's seen a lot of the small profile computers have heat related issues. The motherboard just burned out. I decided to run the computer without a case a.k.a. "hotrod style". Only time will tell how that works out. The HTPC is almost year and a half old and I've had more problems with it than I've had with any other computer. The build quality is just poor. But because consumers demand cheaper computers then we get what we get. You just buy the product, take care of it and hope for the best.
Posted by groovesocket at 11/27/2009 12:28:00 PM No comments:

Ten Things That Make Me Mad

1. People who point at their wrist while asking for the time. I know where my watch is, fool: where the hell is yours? Do I point at my crotch when I ask where the bathroom is?

2. The Pillsbury doughboy is way too happy considering he has no dick.

3. People who are willing to get off their ass to search the entire room for the TV remote because they refuse to walk to the TV and change the channel manually.

4. When people say "Oh you just want to have your cake and eat it too". That's stupid! What good is a cake you can't eat? What, should I eat someone else's cake instead?

5. When people say "It's always in the last place you look". Of course it is. Why the hell would you keep looking after you've found it? Do people do this? Who and where are they?

6. When people say, while watching a movie, "Did you see that?" No, asshole: I paid $7.50 to come to the theatre and stare at the ceiling up there. What did you come here for?

8. People who ask "Can I ask you a question?" Didn't really give me a choice when you asked that? 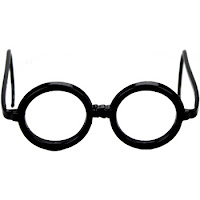 I now officially wear glasses. I'm afflicted with "computer related eye fatigue" and wear what they call "computer glasses" which are like reading glasses, but for when I'm on the computer which is always. Stupid weak eye muscles.
Posted by groovesocket at 11/25/2009 03:37:00 PM No comments:

I'm not the only Redskins' fan who is distraught about the team. Fewer and fewer among the Redskins' faithful seem to believe the team's problems will be fixed. This Washington Post article by Tracee Hamilton perfectly articulates my feelings this season. Misery has company.
Posted by groovesocket at 11/01/2009 08:24:00 PM No comments: